Remarks as prepared for delivery on
Friday, November 11, 2011. 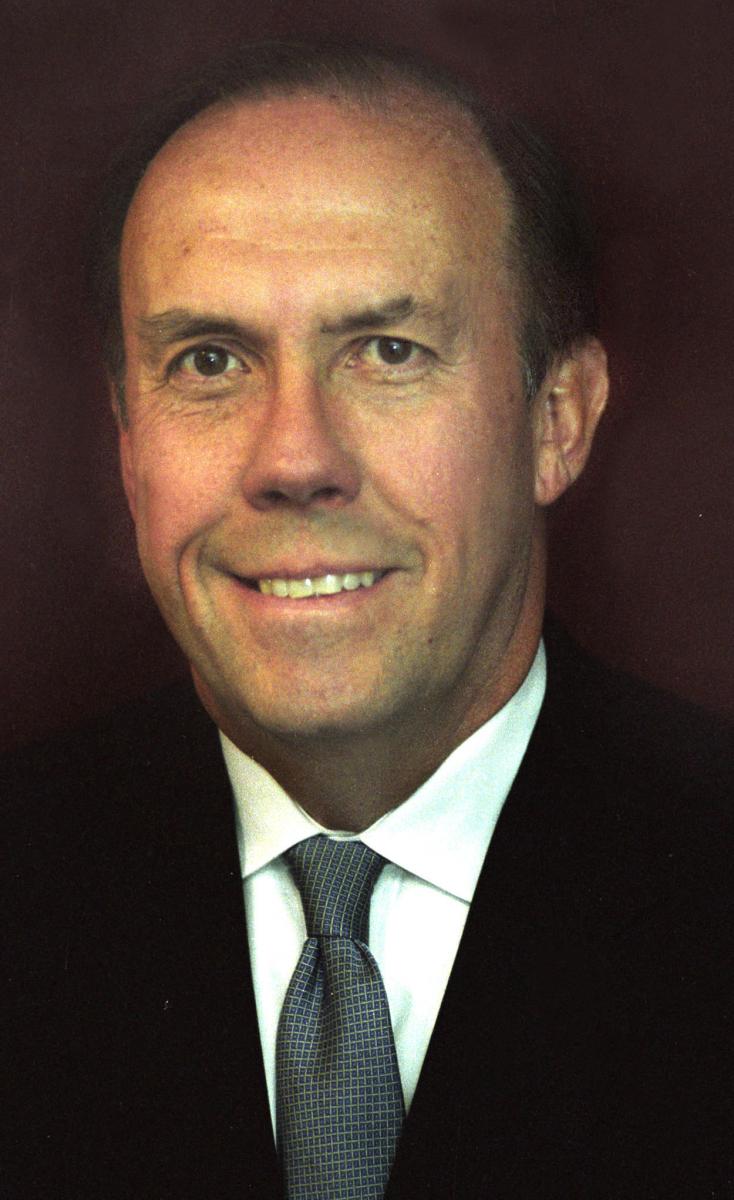 You may have heard Governor Romney talking earlier this week about how he really likes public broadcasting but is not willing to borrow money from China to pay for it.

I will take that as a good start -- he likes us -- and we will get to the funding of public broadcasting in a minute.

There’s a lot to “really like” about public broadcasting, and American Public Television is one such thing.

It is the sizzle for the steak, the spice in the stew, and it provides some of the most interesting and entertaining programming on television – not just public television.

I spend a lot of time on Capitol Hill, as you might expect, and Members of Congress tell me with remarkable frequency that some of their favorite programs on public television are the programs that APT provides for your stations.

They like anything about the military, and on this Veterans Day, would you join me in paying tribute to the men and women who have defended our country so bravely and well for two centuries -- and continue to do so today?

What I really like about American Public Television is its commitment to innovation and its capacity to attract new viewers and new members for our stations.

I have been a fan of APT since long before I joined public television. Cynthia Fenneman and I were partners on several documentaries I produced at Newsweek Productions, and she and her small but enormously talented and resourceful staff are, pound for pound, as effective a team as I have ever encountered.

Like all of public television, APT is a tremendous bargain for the American people, and this is where we have to part ways with Governor Romney.

We appreciate that he is a fan of what we do. Our job now is to show him, and others who may agree with him, that public television is not only tremendously valuable but a tremendous value for the American taxpayer.

At $445 million a year, federal funding for public broadcasting represents a little more than one-hundredth of one percent of the federal budget.

I have my doubts that, even in our straitened circumstances, we are reduced to borrowing this amount of money from China.

And consider what this modest federal investment makes possible.

It's not just a television network, though it's a great one, bringing not only the features of APT but the works of Ken Burns, NOVA, American Experience, Great Performances, Masterpiece, Sesame Street, PBS NewsHour, Sid the Science Kid and more - for free - to every television home in America, no matter how rural or remote, without regard for the commercial imperative of attracting the largest number of affluent 18-49 year olds.

Reams of peer-reviewed research have proven the educational value of public television to pre-school children, helping them get ready to learn and ultimately to compete in a global economy.

Progress is particularly pronounced in the African American and Hispanic American populations.

Thinkport, the online, interactive learning platform created by Maryland Public Television, has been credited by long-time State Superintendent of Education Nancy Grasmick with helping raise Maryland public school students' achievement scores to among the highest in the nation.

WHRO-TV in Hampton Roads has created the Virginia Virtual Advanced Placement School, providing online AP classes in world languages and other electives, as well as enriched core curriculum courses, for students throughout Virginia (including its most rural precincts), the nation and the world.

Kentucky Educational Television has a GED program that has been adopted by dozens of States and helped hundreds of thousands of students complete their high school diploma equivalency curriculum and go on to college and good careers.

And now comes PBS LearningMedia, a national initiative that will bring thousands of digital learning objects - created from the best of 40 years of public broadcasting and the best of what we do going forward - to K-12 classrooms nationwide, conforming with the common core education standards in math and English language arts (including social studies and history) embraced by more than 40 States. And all for free to students, teachers and parents.

Beyond these educational initiatives, public television is putting its infrastructure to work in public safety and homeland security, job training, and other essential public services.

WETA-TV in Washington worked with the US Park Police and other law enforcement organizations to demonstrate the extraordinary potential of broadcast spectrum to send data with live video and other critical information to public safety officials during last summer's Fourth of July celebration on the Mall.

Vegas PBS runs the biggest job training program in Nevada, which is struggling to recover from one of the highest unemployment rates in the country. As thousands of armed service members return home in the next few months from Iraq and Afghanistan and make a difficult transition to civilian life and private employment, public television stations can help.

Public television is the C-SPAN of Nebraska, the agricultural authority in Iowa, the emergency alert system in Wisconsin, the largest classroom and greatest stage in all America.

Public radio is the news and information lifeline for rural America. It is the unique preserver and curator of classical music and the great American art forms of bluegrass and jazz. It is the champion of small-town virtues and values celebrated in A Prairie Home Companion, and much more.

These aren't frills. They're important building blocks for creating a well-educated, well-informed, cultured and civil society capable of fulfilling the responsibilities of citizenship in the world's most important democracy.

It doesn't get much more essential than that, and that's what we do in public broadcasting, on a remarkably modest budget.

We fully understand the deficit challenge the Congress is dealing with. Our overall budget was cut 10 percent for the current fiscal year, and we saluted smartly and carried on.

We are continuing our own industry initiative to become more efficient, entrepreneurial and cost-effective, and that initiative is already showing progress.

But the infrastructure on which our work is built is a public trust and a public responsibility, just like highways, schools and libraries.

One dollar of federal funding generates six dollars in private contributions – perhaps the most successful public-private partnership in American history -- but those private donations often come with restricted purposes for specific programming and are rarely available for the public service work I have cited today.

One hundred seventy million Americans of all political stripes regularly rely on public media - on television, on radio and online - and the American people routinely rank public broadcasting as the second-best investment of federal funds, after national defense, and as their most trusted source of news and information.

They do so because they know that we in public broadcasting are not only broadcasters but stewards of American civilization, keepers of the national memory, teachers of young and old alike, watchmen in the night, public servants in the finest tradition of the term.

That should count for something, even -- perhaps especially -- in times like these.

This is the message we are bringing to Capitol Hill, to the Administration, to our friends in the media, to the donor community, to the American public – and to Governor Romney and anyone else who may not understand fully what we do and how valuable we are.

We are making progress.

We are grateful for the unanimous support that Democratic members of the House and Senate have given us during our funding challenges this year.

We are encouraged by the growing number of Republican Senators and Congressmen who see the value in what we do, both nationally and locally.

We are working closely with the Obama Administration on a series of education initiatives that will help reach our common goals of improved student achievement, reduced drop-out rates, and enriched learning experiences for people of all ages.

We are working to create a partnership with the National Governors Association to embed our learning media in K-12 classrooms in every State so that every American student has a chance to succeed in school.

And I must say that we couldn’t have two more enthusiastic supporters in the White House than President Obama and Vice President Biden.

In a time of painful budget choices, we are heartened by the fact that the Senate Appropriations Committee has proposed to maintain federal funding for the Corporation for Public Broadcasting at the same $445 million level as this year.

The chairman of the House Appropriations Subcommittee on Labor, Health & Human Services, and Education, which controls our funding, has also proposed $445 million in current funding, but he has unfortunately also proposed to phase out this funding over the next few years.

He does not have a majority of his own subcommittee to vote out this plan, but he has a lot of like-minded friends in Congress, and it is such persistent challenges to our funding that keep the Association of Public Television Stations busy in Washington.

We are waiting for the super committee in Congress to announce its proposal for $1.2 trillion in deficit reductions to be phased in over the next ten years, and we do not yet know how their plans may affect us.

We are advised that they have much bigger fish to fry than our modest funding, and we will know any day now what the super committee proposes to do.

We are in this together. We will win this together. I am honored to be in your company, and I am absolutely confident that public broadcasters will be symbols and servants of America at its best in the 21st century and beyond.

Keep up the good work, and thank you very much.