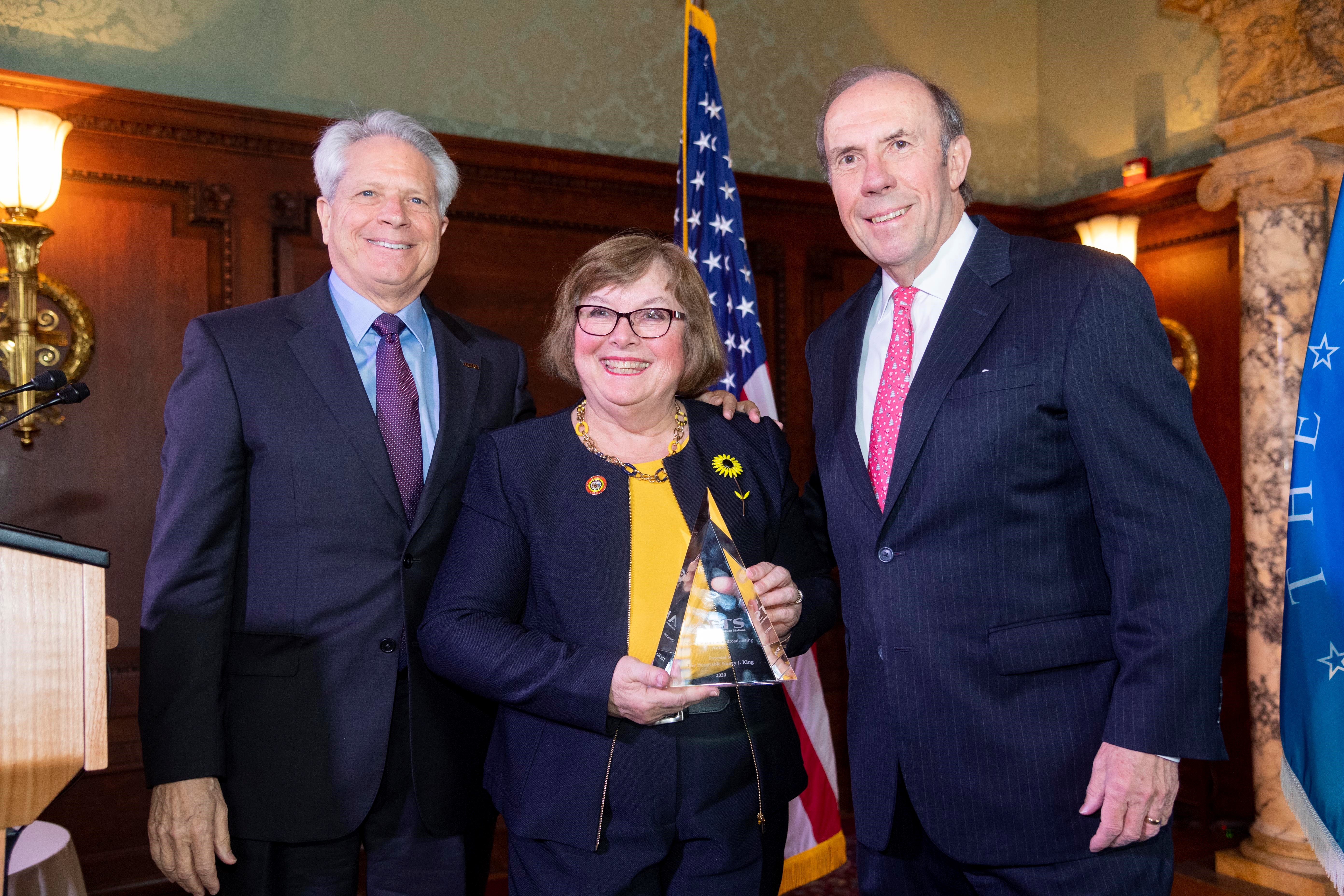 This remarkable piece of legislation ensures that public funding will be a reliable source of support for Maryland Public Television. King is the first State legislator to ever receive the Champion of Public Broadcasting Award.

"Senator King has written a whole new chapter in the history of public support for public television," said APTS president and CEO Patrick Butler. "SB 1034 is an inspiration for every public television station in America, and we are deeply appreciative of her leadership and vision in creating this first-of-its-kind legislation. We could not ask for a more faithful advocate of our cause, and we are honored to present a well-deserved 2020 Champion of Public Broadcasting Award to State Senator Nancy King of Maryland."

"I'm proud that Maryland Public Television is demonstrating every day its commitment to public service and its leadership in inventing public television's future," said Senator King. "The legislation the Maryland legislature enacted to support MPT will ensure our State's investment in this work for many years to come. I am honored to receive this year's Champion of Public Broadcasting Award, and I will be a champion every year."

"Senator King has authored and championed a landmark law in support of public television," said Maryland Public Television president and CEO Larry D. Unger, "and we at MPT will work hard every day to earn the trust she has placed in us.  We hope other States will consider similar legislation to safeguard public investment in the work of public television stations nationwide."

Upon moving to Maryland in 1981, Senator King's children attended Montgomery County public schools, and it was during that time that she bgan volunteering in the school system and other civic organizations. In 1993, she became President of the Montgomery County Council of Parent-Teacher Associations (PTAs).

As a member of the House of Delegates, Senator King served on the Ways and Means Committee where, in 2006, she became the Chair of the Education sub-committee. In August of 2007, Senator King was appointed to the Maryland Senate where she continues to serve.

Senator King is the current Majority Leader of the Maryland Senate and has been recognized by several state and national organizations including the National Biotechnology Industry Organization, the Tech Council of Maryland , the Maryland Association of Boards of Education, the Dental Association's Legislator of the Year award and the Dr. Nancy S. Grasmick Leadership Award in Early Care & Education.

The Champion of Public Broadcasting Award was presented to Maryland State Senator Nancy King during the APTS Public Media Summit on Wednesday, February 26, 2020.