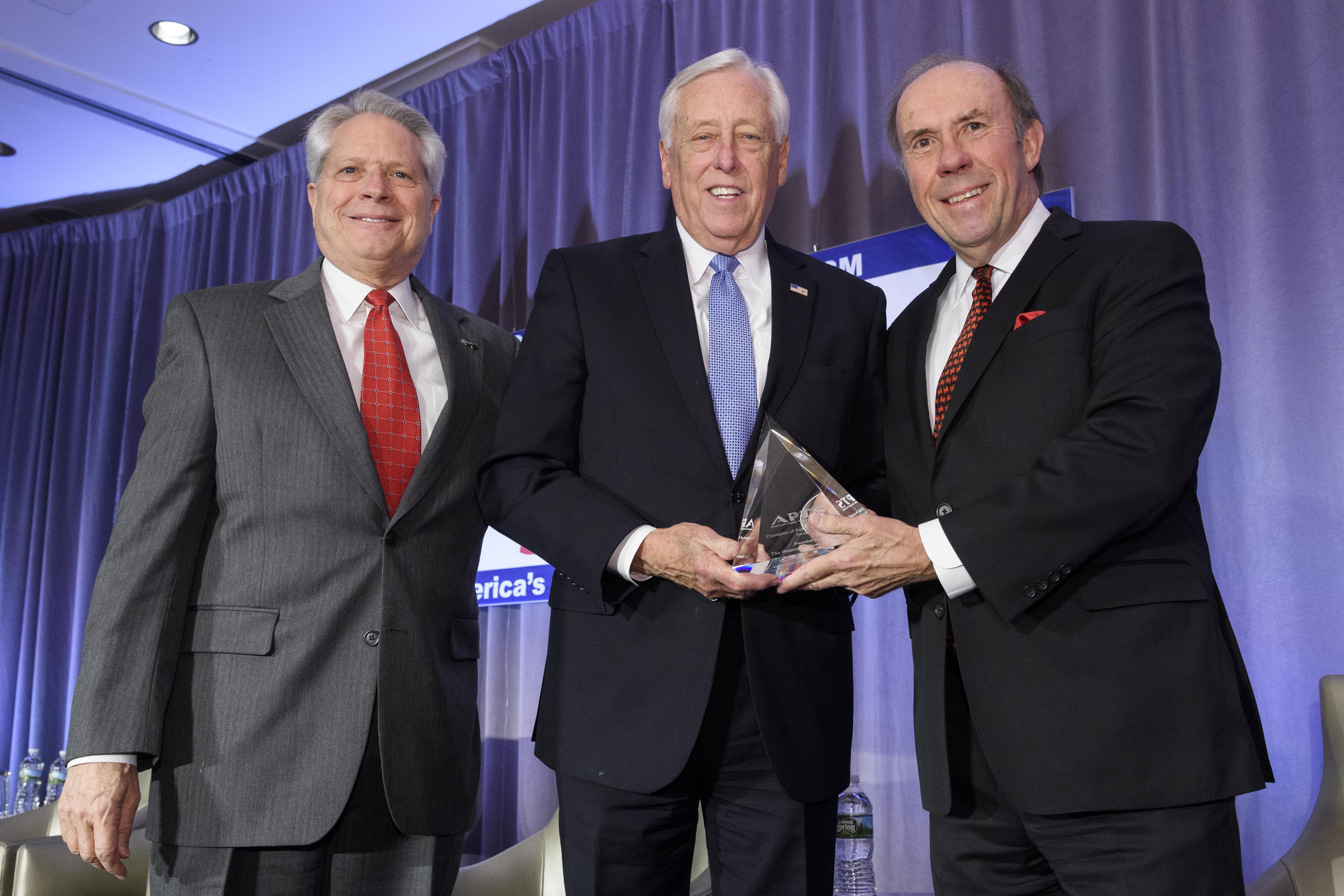 A long-time member of the House Appropriations Committee before being elected leader, Hoyer has consistently supported federal funding for public broadcasting since coming to Congress in 1981. Hoyer is the highest ranking member of Congress ever to attend the APTS Public Media Summit.

“Steny Hoyer has set an example of statesmanship that has served the Congress and the country exceptionally well for more than 30 years,” said APTS president and CEO Patrick Butler, “and we are deeply appreciative that one mark of his leadership has been his constant advocacy on behalf of public television and its missions of education, public safety and civic leadership. It is our great honor to present him the Champion of Public Broadcasting award.”

Accepting the award, Leader Hoyer said, “I’m proud to support public television throughout the country, and I am grateful for Maryland Public Television’s extraordinary commitment to serving the people of my district and the state of Maryland. I’m honored to accept this award, and I look forward to continuing to support public television’s ability to serve our state and our country well into the future.”

Congressman Hoyer has helped lead efforts in Congress to invest in job creation, make our economy more competitive, and make government work For the People.  Since 2010, he has spearheaded House Democrats’ “Make It In America” plan, which seeks to grow our economy and provide families with the economic security they need.  An advocate for more responsive and transparent government, Congressman Hoyer has led an effort in recent years to modernize government technology and make legislative information more easily accessible to the public.  Earlier in his career, he guided the historic Americans with Disabilities Act to passage in 1990 and was a lead sponsor of the Help America Vote Act in 2002, which was hailed as the most important voting rights legislation since the 1960s.