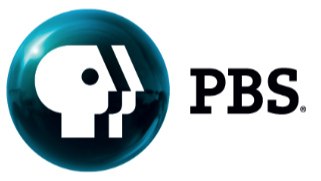 “America’s Public Television Stations applaud these two actions taken today by the FCC, a welcome endorsement of the one-of-a-kind services provided by local public television stations and the value of those services in communities all across the country,” said Patrick Butler, president and CEO of APTS.

“In addition, we are grateful for the Commission’s recognition that all children’s programming on public television is educational and that we remain committed to going above and beyond to provide research-based, curriculum-aligned, proven-effective kids content to all Americans.

“Public television has leveraged the power of media to educate and inspire children, along with their parents, teachers, and caregivers, for over 50 years and our unwavering dedication to that mission will continue for many generations to come,” concluded Butler.

“We appreciate the FCC’s recognition of PBS’ commitment to helping prepare all children for success in school and in life,“ said Lesli Rotenberg, Chief Programming Executive and General Manager, Children’s Media and Education, PBS.

“PBS stations meet the weekly requirements for kids’ educational programming by the end of breakfast on Monday. Every weekday, PBS member stations broadcast at least seven hours of educational children’s content on their main channel. In addition, the PBS KIDS 24/7 channel gives children free access to proven educational media on broadcast and digital platforms, and is available to more than 95% of U.S. television households. This is an especially critical resource for millions of families in over-the-air, low-income and rural homes,” said Rotenberg.

“We are proud that parents rank PBS KIDS as the most educational media brand, a leader in preparing children for success in school, and the most trusted and safe source for children to engage with educational media, according to a survey earlier this year,” concluded Rotenberg.

About PBS
PBS, with more than 330 member stations, offers all Americans the opportunity to explore new ideas and new worlds through television and digital content. Each month, PBS reaches over 120 million people through television and 26 million people online, inviting them to experience the worlds of science, history, nature and public affairs; to hear diverse viewpoints; and to take front row seats to world-class drama and performances. PBS’ broad array of programs has been consistently honored by the industry’s most coveted award competitions. Teachers of children from pre-K through 12th grade turn to PBS for digital content and services that help bring classroom lessons to life. Decades of research confirms that PBS’ premier children’s media service, PBS KIDS, helps children build critical literacy, math and social-emotional skills, enabling them to find success in school and life. Delivered through member stations, PBS KIDS offers high-quality educational content on TV— including a 24/7 channel, online at pbskids.org, via an array of mobile apps and in communities across America. More information about PBS is available at www.pbs.org, one of the leading dot-org websites on the internet, or by following PBS on Twitter, Facebook or through our apps for mobile and connected devices. Specific program information and updates for press are available at pbs.org/pressroom or by following PBS Pressroom on Twitter.