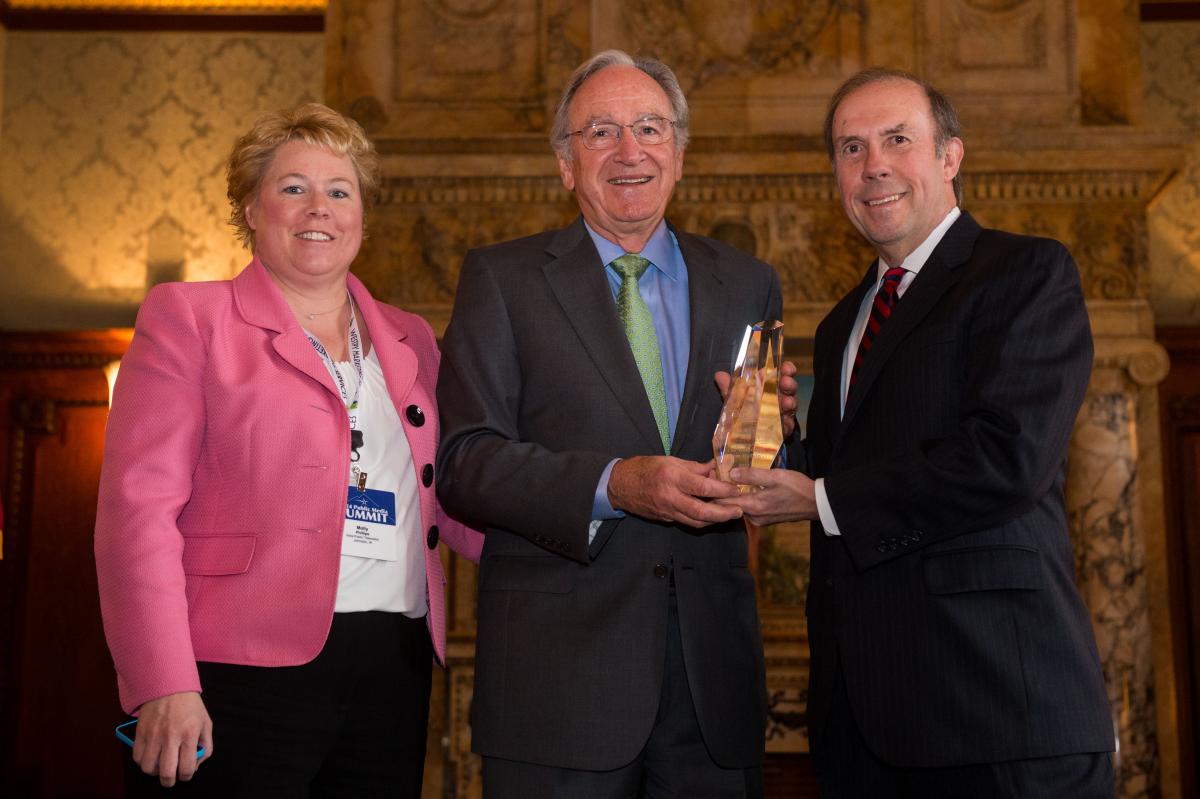 The Lifetime Achievement Award will be given on rare occasions to leaders who have demonstrated an extraordinary commitment to public broadcasting over the course of their careers.

“Senator Harkin had been an unwavering champion of public broadcasting not only this year but over the past 40 years,” said Patrick Butler, president and CEO of APTS. “As chairman of the Senate Health, Education, Labor and Pensions Committee, Senator Harkin has led the effort to enhance public television’s essential education mission, including the preservation of the Ready to Learn program that has helped millions of pre-school children in America get ready to succeed in school and in life. And as chairman of the Senate Appropriations subcommittee on Labor-Health & Human Services-Education, the Senator has been a powerful force for maintaining an appropriate level of federal funding to support public television’s public service missions in education, public safety and civic engagement. All of us in public television are profoundly grateful for the Senator’s leadership and stewardship on the issues of special importance to us, and we join his constituents in Iowa and his admirers across America in thanking him for four decades of remarkable public service.”

“Public broadcasting provides critical educational, informational, and entertainment programming to children, families and seniors across the country,” said Senator Harkin. “From Sesame Street to the PBS NewsHour to Iowa Politics on IPTV, I am proud to have led efforts to stand up for the valuable public broadcasting services in our society. Over the years, we have fought together numerous times against attempts to defund and dismantle public broadcasting. We accomplished a great deal and today, I am delighted to receive this honor.”

In 1974, Senator Harkin was elected to Congress from Iowa’s Fifth Congressional District. His energetic, person-to-person campaign carried the day against an incumbent in a long-standing Republican district.

The Lifetime Achievement Award was presented to Senator Harkin during The APTS Public Media Summit on Tuesday, February 25. Please take a moment to watch the presentation.