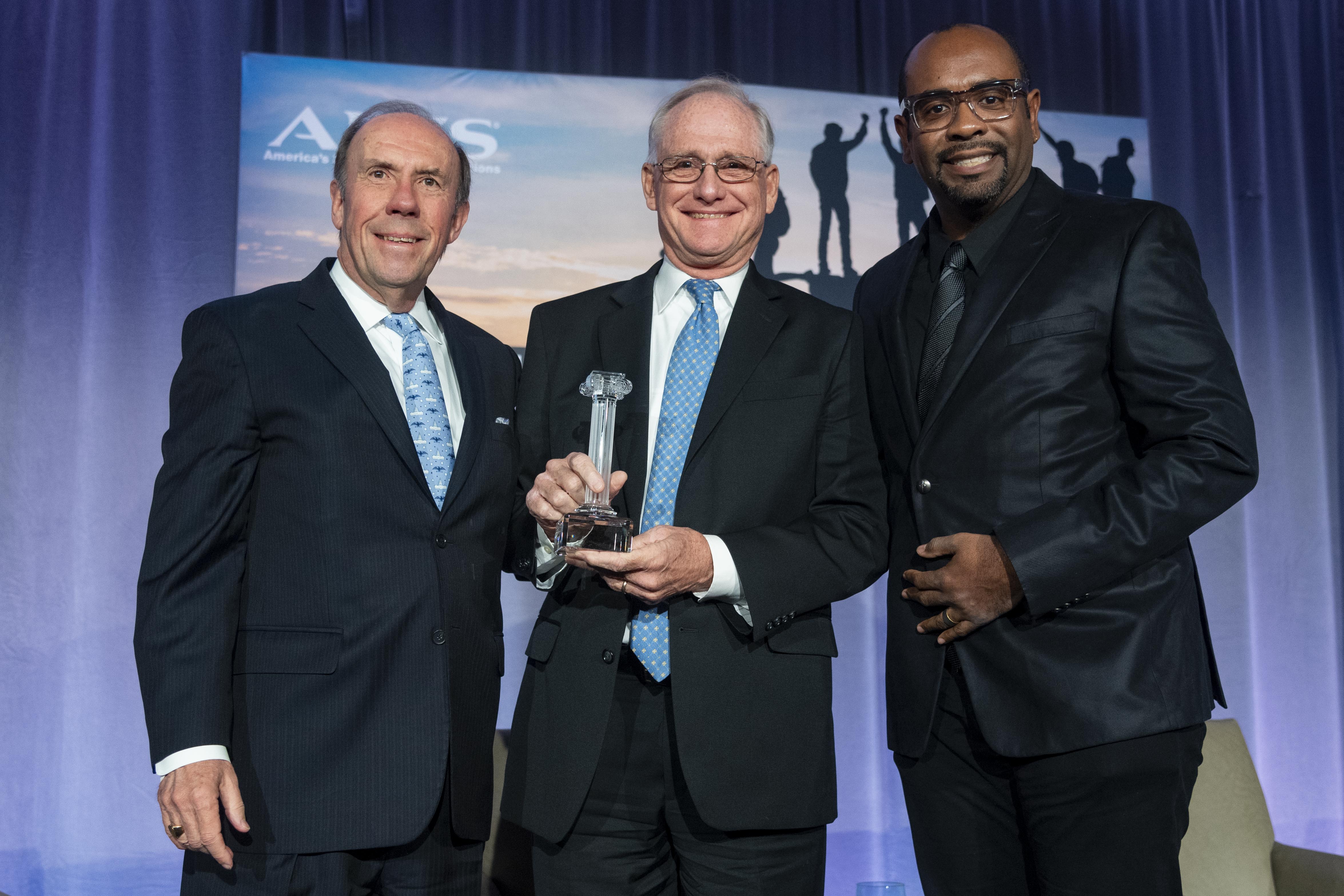 Vegas PBS, a pioneer in online education and workforce development, offers hundreds of courses to thousands of adults every year and places more than 90 percent of them in well-paying jobs. Under Axtell's leadership, Vegas PBS has created the nation's most comprehensive school safety training, alerting and response system. And the station's commitment to civic leadership is exemplified in public affairs programs such as Nevada Week.

"Tom Axtell and his colleagues at Vegas PBS have led our system in pursuing our public service missions of education, public safety and civic leadership," said APTS president and CEO Patrick Butler. "Tom has been an innovative and relentless advocate for community service at its finest, both on television and through a host of non-broadcast initiatives, and he has set a standard of public service to which every public television station should aspire.

"We are all inspired by Tom's vision, dedication and passion for our public service missions, and I am delighted to present him with this long-overdue Pillar of Public Service Award for his extraordinary contributions to public television."

"It has been my life's privilege to work for innovative PBS and NBR visionaries," said Axtell. "They each embraced their communities, embraced emerging technology, and embraced public service. This model has guided my work in Las Vegas for the last 25 years. In that period, our region has tripled in population. Rapid growth means change. Rapid change inevitably leads to gaps in educational, philanthropic and physical infrastructure. Vegas PBS has grown by linking the high tech national content, that APTS helps fund, to local needs through high touch station engagement."

Tom Axtell has been General Manager of Vegas PBS in Las Vegas, Nevada, since 1994. Born in Chicago, Illinois, Axtell has worked at both television and radio stations in Minneapolis/St. Paul, Fargo/Morehead, Spokane and Milwaukee. He has also served as a college vice president for advancement, legislative aide to a state senator, political campaign manager and swimming coach.

Under Axtell's leadership, Vegas PBS has launched a dozen new broadcast and cable channels, developed new technology services to serve K-12 education and workforce development, and pioneered innovative emergency communication services. For the last decade, the station has ranked as one of the 3 most watched PBS stations in the U.S. Axtell has been elected to serve on numerous national and local boards, and co-chaired impactful strategic planning efforts including the PBS K-12 Taskforce, Taskforce on More Effective Governance, Funding the Vision, and the PBS Interconnection Committee.

Axtell is a graduate of Gonzaga University Law School. He has been married 42 years and has twin daughters.

The 2020 Pillar of Public Service Award was presented to Tom Axtell during the APTS Public Media Summit on Tuesday, February 25, 2020.