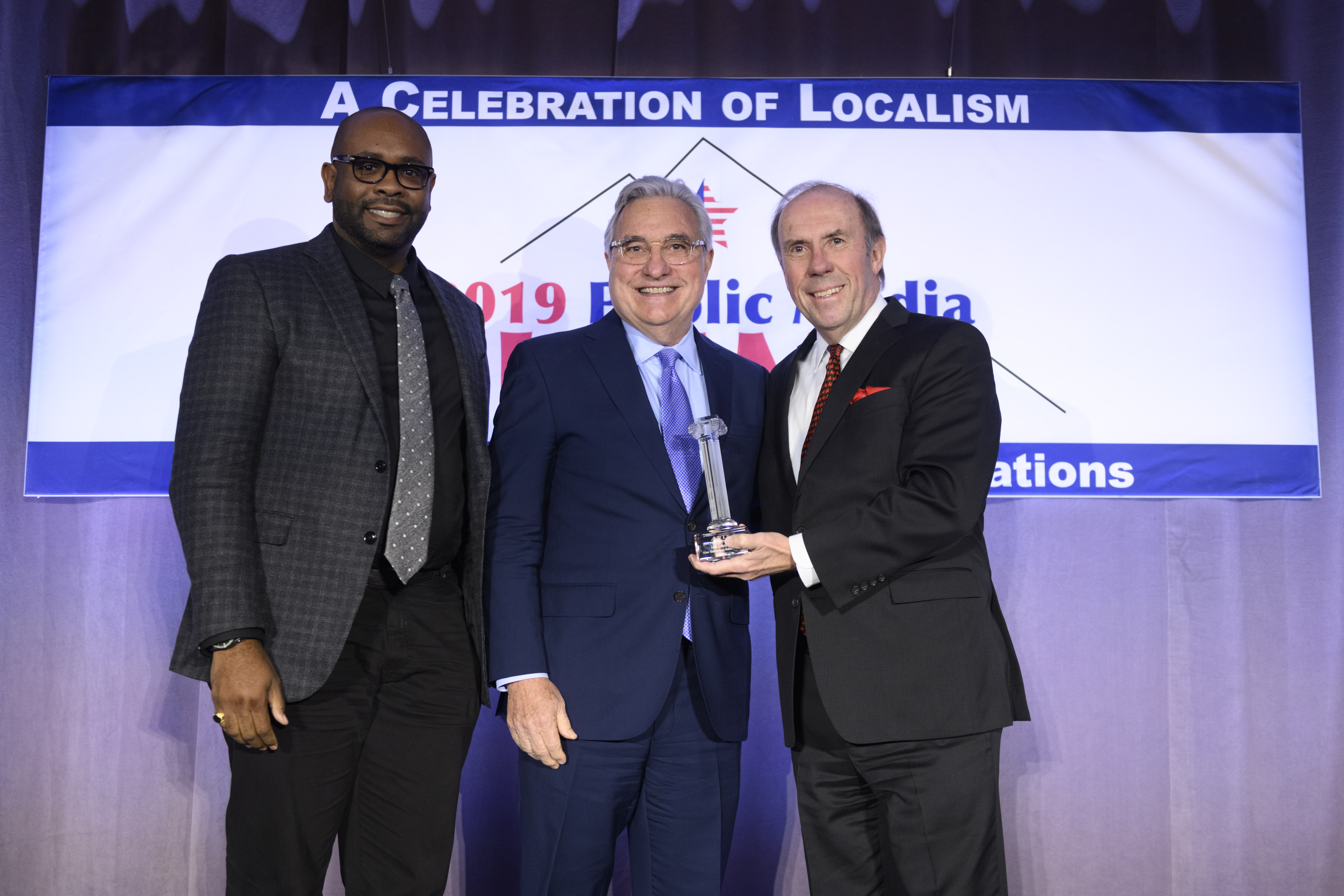 WASHINGTON - February 26, 2019 - America's Public Television Stations (APTS) today presented the Pillar of Public Service Award to Jack Galmiche, President and CEO of Nine Network of Public Media in St. Louis, Missouri, honoring the station's civic leadership in organizing a community-wide dialog following the unrest in Ferguson, hosting a regional summit on climate change, highlighting the gap between employment skills and available jobs in the St. Louis market, and chronicling the history and culture of Missouri through hundreds of hours of locally-produced programming.

"Under Jack's inspiring leadership, Nine Network has set a high standard for every station in our system to pursue the mission of civic leadership - one of our three pillars of public service, along with education and public safety," said APTS president and CEO Patrick Butler.

"Jack characteristically gives all the credit to his talented staff," Butler said, "but it is his vision, his commitment, his passion that underlie Nine Network's exceptional work. America's Public Television Stations are honored to present him with the 2019 Pillar of Public Service Award."

"The Pillar of Public Service Award is a special recognition for our staff and board's dedicated commitment to public service," said Galmiche. "We are grateful for this acknowledgment of service to the people of our region. We serve our community through quality content because it strengthens civic life. We are committed to engagement because it fosters a healthy community. We believe that when we succeed in our mission we ignite the spirit of possibility in St. Louis."

Jack Galmiche is President and Chief Executive Officer of the Nine Network of Public Media. Galmiche is a native St. Louisan and returned to his hometown in November, 2006, from Portland, Oregon.

Nine Network is among the most watched public television stations in the PBS system with one of the most highly rated audiences for full day viewing. Galmiche has focused the station's efforts around new forms of community engagement and expanded the reach of the station's programming and content through four local channels in the St. Louis market as well as new capabilities of digital distribution through the internet.

The Nine Network's groundbreaking approach to community engagement has become a national model for public media and is being implemented in numerous community service initiatives, including American Graduate: Let's Make It Happen, a public media initiative being led locally and nationally by the Nine Network. Additional Nine Network initiatives address interrelated issues impacting the health and welfare of our young people and the community as a whole. Other initiatives related to sustainability, the arts, science and technology, entrepreneurship, and energy and the environment are based in ongoing partnerships established by the Nine Network with local organizations.