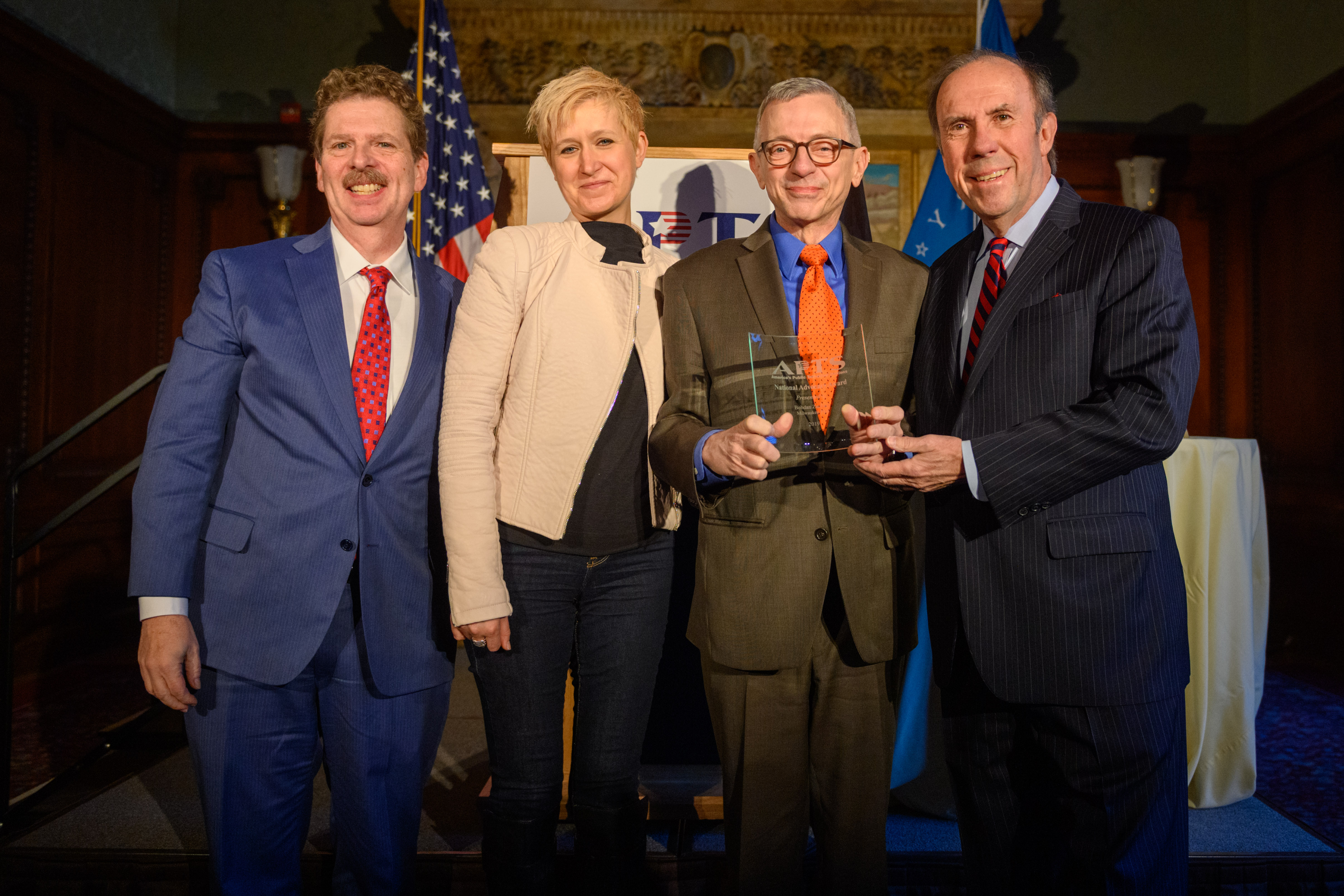 WASHINGTON  – February 27, 2019  – America's Public Television Stations (APTS) today presented the 2019 National Advocacy Award to Bohdan Zachary, General Manager of Milwaukee PBS, for his leadership in demonstrating to Congress and the Federal Communications Commission the importance of locally-oriented and locally-managed programs to help consumers cope with new TV channel assignments in the aftermath of the broadcast spectrum auctions.

"Bohdan Zachary's 'Plan to Scan' consumer education initiative at Milwaukee PBS set the standard for the broadcast industry," said Patrick Butler, president and CEO of APTS, "and his pioneering work gave the FCC and then the Congress a valuable practical perspective on how complicated consumer education really is and how essential it is that this education be provided by people viewers trust in their local markets.

"Bohdan's presentation last year to the FCC's Consumer Advisory Committee, followed by his testimony before the House Subcommittee on Communications and Technology, made a powerful case for public television stations to be included in the consumer education solution. We are most grateful to Bohdan and his colleagues at Milwaukee PBS for their leadership on this critical issue, and we are honored to present Bohdan Zachary with the National Advocacy Award of America's Public Television Stations."

"I am humbled by APTS' recognition and accept the 2019 National Advocacy Award on behalf of the 65 staff members of Milwaukee PBS," said Zachary. "The post-FCC broadcast spectrum auction technical changes presented a viewer and consumer challenge in Milwaukee where three broadcasters, including Milwaukee PBS, faced a January 8, 2018 channel realignment. In a television market where over 25% of the over the air viewers use digital antennas, the staff of Milwaukee PBS anticipated the disruption that would occur when our second channel, WMVT, would start channel sharing with WMVS, our main channel. Our all-hands-on-deck multimedia campaign, "Plan To Scan", culminated with a day-long event that saw Milwaukee PBS staff members taking live calls from viewers who needed to rescan their remotes in order to watch their favorite channels. That our successful effort offered plans that other public television stations and even the FCC have emulated is a testament to the commitment Milwaukee PBS made to its viewers."

With four decades of experience in production and management in commercial and public broadcasting, a Silicon Valley technology startup, and Hollywood movie production, Bohdan Zachary has served as General Manager of Milwaukee PBS since November 2015. Prior to that he was an Executive Vice President in Los Angeles at KCET, which is the second largest PBS station in the country. Some of his previous credits include: producing WNBC's top-rated newscast "Live at Five" and serving as Executive Vice President of Cher's film development company.

Zachary is the seventh General Manager of Milwaukee PBS, a duopoly licensed to Milwaukee Area Technical College. During his time at the station, Zachary has increased its local productions to further reflect the voices, faces and needs of southeastern Wisconsin. One such example is Milwaukee PBS' ongoing reporting on lead in water pipes which is impacting 74,000 household in southeast Wisconsin.

The National Advocacy Award was presented to Bohdan Zachary during the APTS Public Media Summit on Wednesday, February 27, 2019.