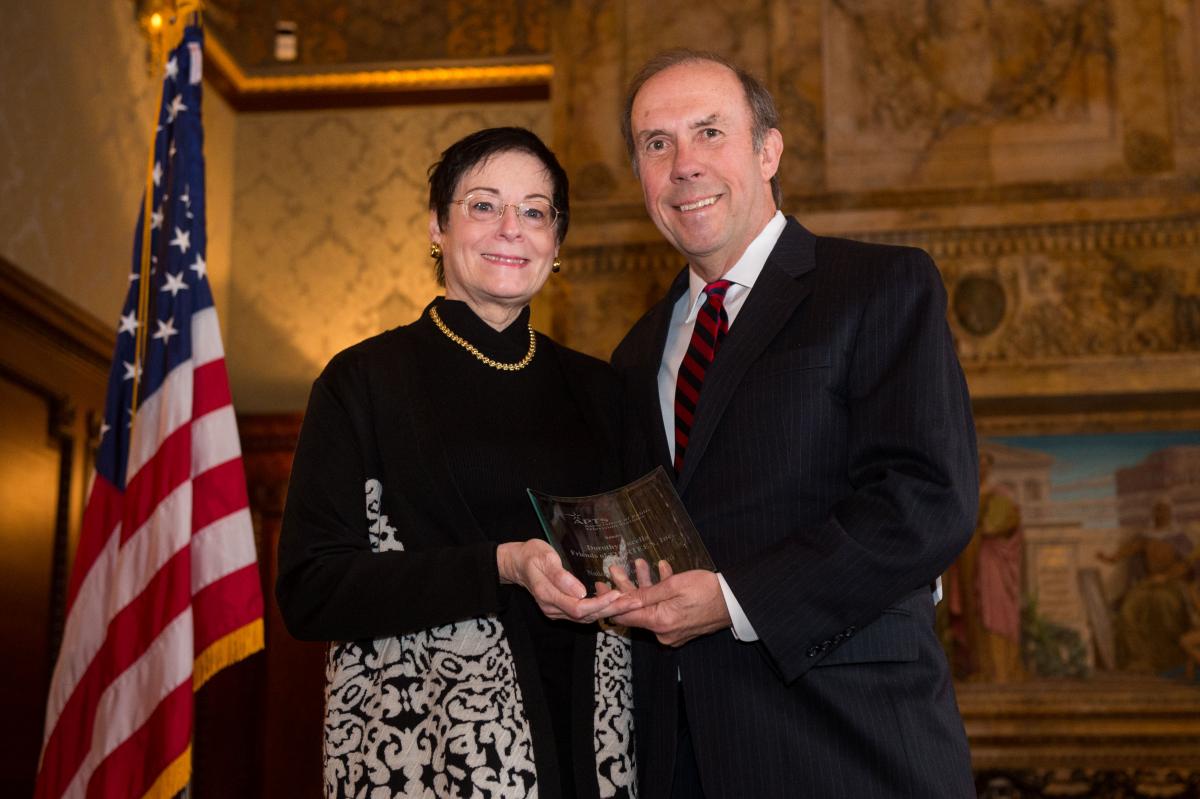 “Dorothy Pacella has been a committed, enthusiastic, elegant and endlessly resourceful advocate for public broadcasting for a quarter-century,” said Patrick Butler, president and CEO of APTS. “Every year, Dorothy recruits and leads a team of local advocates who meet with the New York congressional delegation, effectively telling the story of public broadcasting’s mission and dedication to education. In addition, Dorothy has been a remarkable leader of National Friends of Public Broadcasting, raising a mighty army of grassroots advocates giving remarkable strength to our Protect My Public Media campaign. And her service on the APTS board as a powerful champion of the lay leaders in our system has been simply superb. We are honored to present Dorothy with this most well-deserved National Advocacy Award.”

Dorothy Pacella is Executive Director of the Friends of THIRTEEN, Inc., an independent nonprofit organization serving as a link between WNET New York Public Media and its tri-state constituency (New York, New Jersey and Connecticut).

The Friends organization has been supporting THIRTEEN for over 40 years, and Mrs. Pacella has been Executive Director since 1989. She is responsible for expanding the reach and effectiveness of the Friends organization. Working with a volunteer board of directors, and volunteers across the tri-state area, she is responsible for designing and implementing projects that will carry out the mission of THIRTEEN/WNET.

“It is such an honor to be receiving this National Advocacy Award from APTS,” said Dorothy Pacella. “In my 25 years advocating for public media, I have seen, first-hand, the impact that the American people can have when they stand up for something they truly believe in.  I'm proud to have given my voice to such an essential service, and I look forward to continuing this important work alongside the hundreds of staff and volunteers lending their voices, too.”

The National Advocacy Award was presented to Dorothy Pacella during The APTS Public Media Summit on Tuesday, February 25.