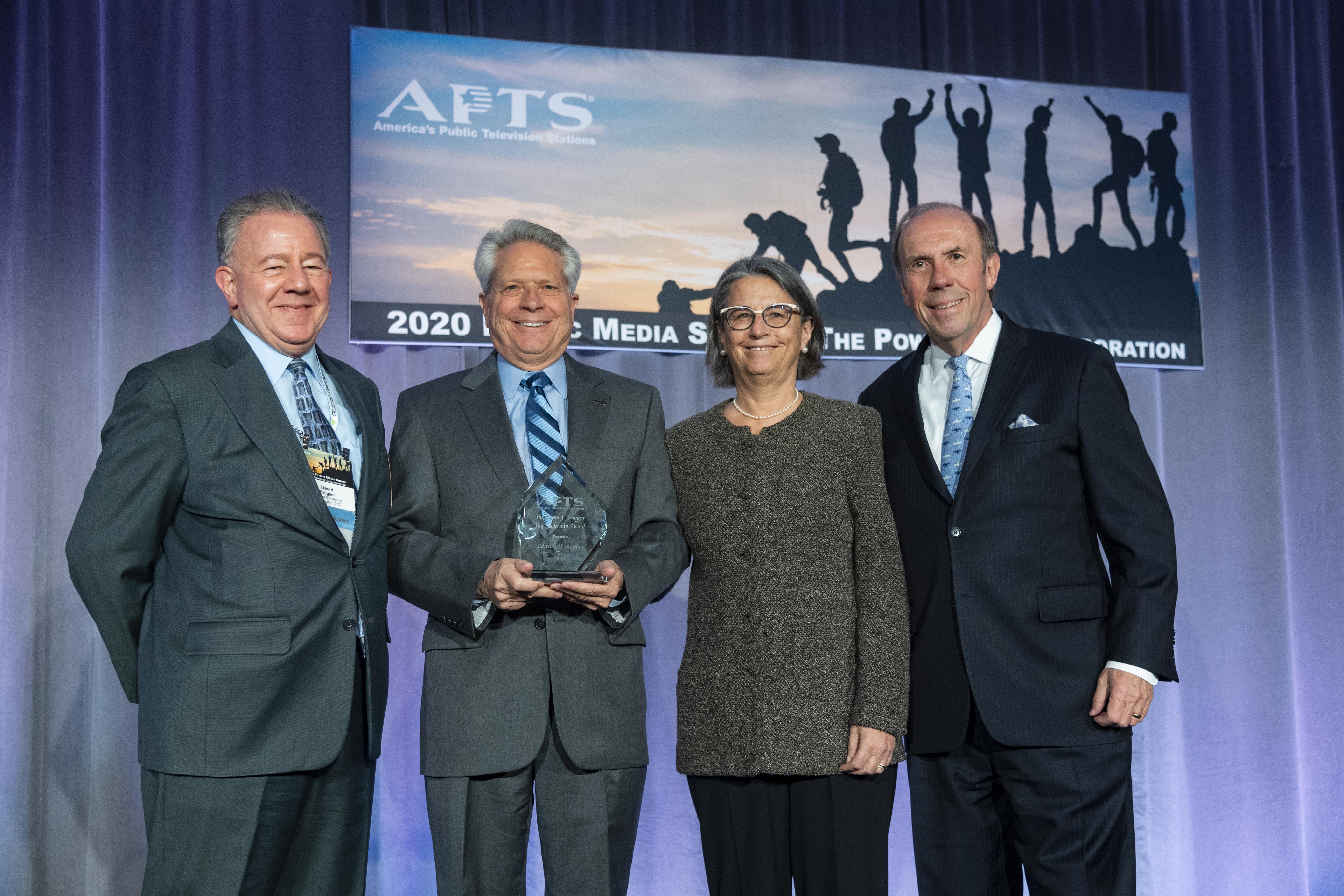 Kaplan has been a member of the Maryland Public Broadcasting Commission (MPBC), the governing body of Maryland Public Television (MPT), since 1996 and chair since 2007, having been named chair by both Republican and Democratic governors.

Kaplan served two three-year terms on the APTS Board of Trustees, lending his financial and real estate expertise to enhance the business operations of the association. As a parting gesture on leaving the board in 2019, Kaplan endowed the Edward H. Kaplan Fund giving APTS the financial flexibility to deal quickly and effectively with unanticipated challenges and opportunities.

“It’s difficult to think of a more effective advocate for public television, over a longer period of time, than Eddie Kaplan,” said Patrick Butler, president and CEO of APTS. “He has been generous with his time, his talent and his treasure in his quest to ensure the financial stability, political security, operational quality and growth capacity of public television, both at MPT and at the national level through America’s Public Television Stations. The establishment of the Kaplan Fund, as a capstone of that long-time commitment, has been transformational, enabling us to seize opportunities and respond to challenges that arise unexpectedly. Eddie Kaplan is the very model of a lay leader, and we are honored to give him this well-deserved recognition.”

The Brugger Award is named in honor of the longest-serving president of America’s Public Television Stations, who led the organization from 1987 to 2000.

“I’m grateful to receive this prestigious award and for the opportunities I’ve had to be involved with and support public television, both in Maryland and at the national level,” said Kaplan. “I consider public television an essential institution in educating our children, ensuring our safety and empowering our fellow citizens with the information they need to do the work of democracy. And I applaud America’s Public Television Stations for guiding this work so skillfully and successfully.”

First named to the commission in 1996, Kaplan is a real estate developer and entrepreneur who works in the areas of technology, product development, food service, and finance.

Kaplan earned a bachelor’s degree in economics from the University of Pennsylvania’s Wharton School of Finance and Commerce. After graduation, he began his career in the construction field, which later evolved into real estate development and investments in related fields.

In 1983, he was a founding stockholder and director of Palmer National Bank in Washington, D.C., and was a director of its successor, George Mason Bankshares, which was later acquired by United Bankshares, Inc. subsidiary United Bank (VA) on whose board he served until a restructuring in November 2017. Today he serves on the board of advisors of the bank.

Kaplan was a founding stockholder and director of Silver Diner Development, Inc. in 1987 and was a director of its successor, Silver Diner, Inc., until the latter was acquired by a private equity fund in 2016.

At Maryland Public Television, Kaplan and his wife, Irene, created the station’s New Initiatives Fund in 2008 to fund the development of Maryland-centric programs and to support other station activities. Kaplan also serves as an ex officio trustee of the MPT Foundation, Inc., a 501(c)(3) fundraising arm of the station.